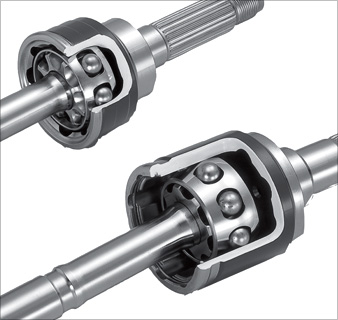 NTN started production of constant velocity joints (CVJs) in Japan in 1963. In 2007, the number of CVJs produced on a cumulative basis surpassed 400 million units. Following aggressive expansion of production worldwide in the 1990s, we now have a strong base of operations to respond to the global sourcing needs of the automotive industry. These operations are supported by a trilateral development system covering the three key regions of the Americas, Japan and Europe. A production and sales system encompassing these three regions has expanded to include China and other parts of Asia.