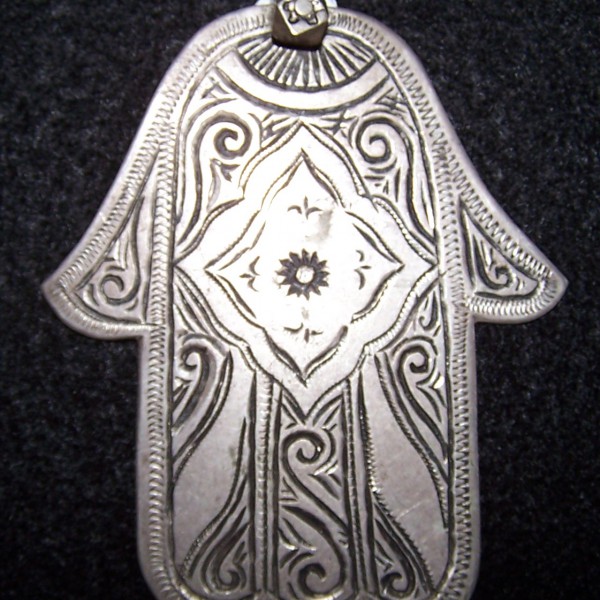 The hamsa (Arabic: ë_© __, khamsa, lit. five, also romanized khamsa and chamsa) is a palm-shaped amulet popular throughout the Middle East and North Africa. The hamsa is often incorporated in jewelery and wall hangings, as a defense against the evil eye. It is believed to originate in ancient practices associated with the Phoenicians of Carthage. 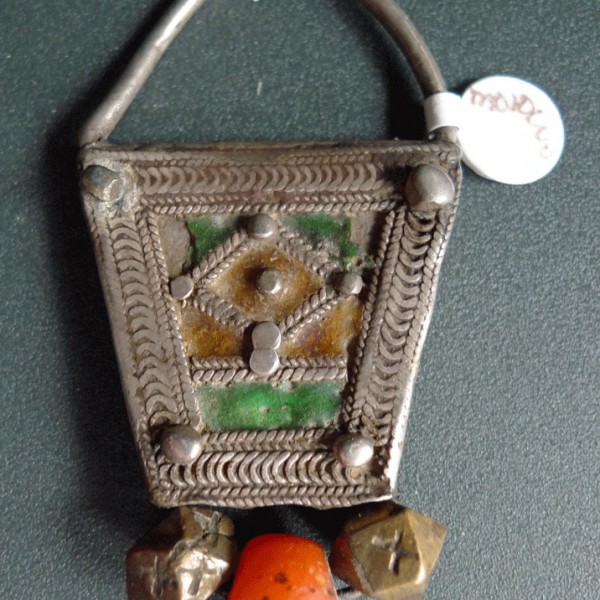 This piece would be attached to a wool head-covering. Sterling Silver with Enamel Design and Coral Bead Measures 79mm x 42mm 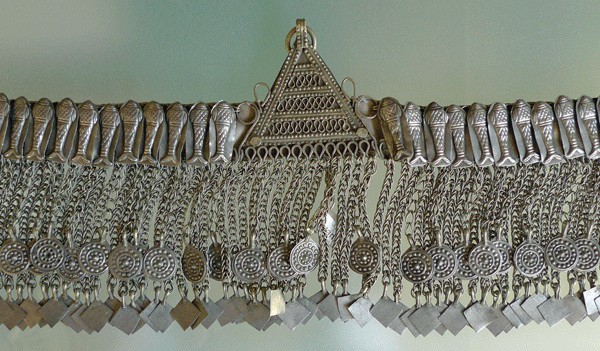 This is a hand-made belly dance head dress from Afghanistan adorned with Bird symbols, coins on chains, square ornaments, and an intricate centerpiece with a Red or Yellow glass gem. Ornament area measures 12″ x 4″ with chain and hooks to attach to turban.