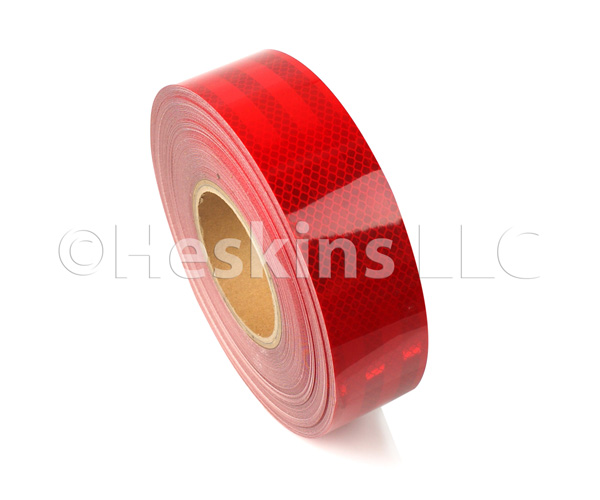 Microprismatic tape is a reflective tape with very high retroreflective values. Suitable for application to objects where visibility needs to be increased.

The reason for the high-performance levels is the retro-reflective surface created by man-made 3 point prisms, which return 80% of the light directly back to the source, making this a much higher performing material. So much so that it has a 5 year retro-reflective performance.

It is an engineering grade prismatic tape, commonly referred to as EGP reflective tape. The name is applied due to microprismatics use as a high-performance reflective tape in warehouses and factories.

Unlike our DOT ( Department of Transport ) materials, micro prismatic tape does not carry a certification stamp, enabling it to be used for signage, vehicle wraps and barriers.

Microprismatic tape is suitable for applying to static objects such as posts, barriers and life jackets, as well as mobile objects such as boats, heavy machinery and motorcycles. Sewing it to clothing to increase visibility is also an excellent use.