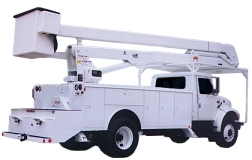 Cylinder Rebuilding Service Your Emergency is our Priority. We offer the Fastest Cylinder Rebuilding Turnaround in the Portland Vancouver Metro Area. What do you need from Hydraulics, Inc.? Quick tear down inspection services Free Pickup & Delivery Time sensitive quotes get priority Rebuilds that last GUARANTEED Service that you can count on until the job is done to your satisfaction Activity tracking history on each cylinder rebuilt and stamped All rebuilt cylinders are tested by two different methods for failure