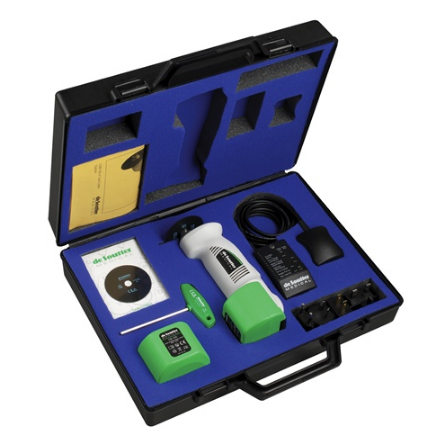 The De Soutter Medical CSB-100 saw permits the user total freedom of movement which is particularly useful for the emergency medical services, ward work, the veterinary profession and numerous other applications where the cordless concept is the only practical solution. The CSB-100 replaces the previous battery powered cast saw, the CCB. The CSB-100 is 15% lighter and provides the user total freedom in movement. Also, it has 40% longer run time, using the NiMH battery technology. The CSB-100 uses the current range of De Soutter cast saws so switching to this new and improved product will be no problem for existing De Soutter cast saw users.