We offer a complete product range of Urea Granules 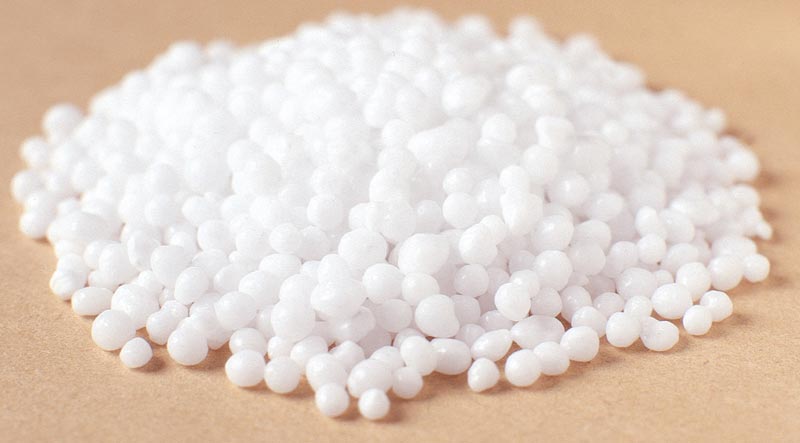 Prilled Urea and Granular Urea : Urea is a white crystalline substance with the chemical formula CO(NH2)2; It is highly water soluble and contains 46% nitrogen. Urea is considered an organic compound because it contains carbon. It was the first organic compound ever synthesized by chemists; This was accomplished in the early 1800s, Urea is made by reacting carbon dioxide (CO2) with anhydrous ammonia (NH3) under 3, 000 PSI pressure and at 350° F.

The removal of water that occurs during the reaction is referred to as "DEHYDRATION." The resulting molten mixture is further processed into either prilled or granules. Urea is the fastest growing dry nitrogen fertilizer used by farmers. Urea is the major fertilizer traded in international commerce. In the very near future urea is expected to account for more than 50% of the nitrogen fertilizer in world trade. When compared to other dry fertilizers, urea has captured more than 65% of the world trade. Urea is used commercially and industrially to produce different types of crops, some types of plastics, animal feed, glues, toilet bowl cleaners, dish washing machine detergents, hair coloring products, pesticides and fungicides. Medicinally, it is used in barbiturates, dermatological products that re-hydrate the skin, and diuretics.

Commercially, urea can be purchased as prills or as a granular form. The prills formed a smaller and softer substance. On the other hand Granular are larger, harder, and more resistant to moisture which full specifications are given below.