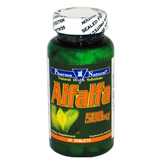 Prevents capillary bleeding in nose, hemorrhoids, gastric and uterus. It is commonly used to treat bladder infections, reduce pain and inflammation of rheumatism and arthritis. It is used as an appetite stimulant, digestive stimulant and stimulant of feeding. It is also used in cases of anemia, arthritis, gout, and menopause and to stabilize blood sugar levels in the blood. It is a tonic for the kidneys and prostate. It has excellent effects in reducing cholesterol levels. Some of the conditions that can be addressed by Alfalfa are: â€¢ Disorders of the digestive and urinary tracts â€¢ Cystitis â€¢ Bladder infections â€¢ Loss of appetite â€¢ Rheumatism and arthritis â€¢ Anemia â€¢ Failure in breastfeeding â€¢ Weak bones â€¢ Diabetes â€¢ High Cholesterol â€¢ Loss of appetite 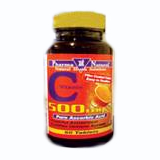 Vitamin C is an antioxidant required for growth and tissue repair, for the proper functioning of the adrenal gland and to maintain healthy gums. It also helps in the production of anti-stress hormones and interferon and is necessary for the metabolism of folic acid, tyrosine and phenylalanine. Protects against the damaging effects of pollution, helps prevent and or prevent cancer, protects against infection and boosts immunity. Vitamin C increases iron absorption. It can also reduce cholesterol levels and blood pressure and prevent arteriosclerosis. It is essential for collagen formation, prevents the formation of blood clots and promotes healing of wounds and burns. 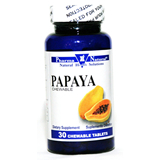 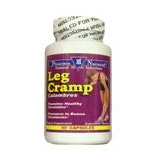 Based on few patients, quinine sulfate reduces the number of night cramps, but not the severity or duration. Patients taking Quinine saw the number of nights cramps decreased. The benefit of quinine seems to be cumulative, and therefore should be taken regularly. Night cramps are painful muscle cramps that occur when the patient is at rest. They are very common in the elderly (over 70%). Quinine, (C 20 H 24 N 2 O 2) is a natural , white, crystalline, antipyretic properties, anti-malarial and analgesic. It has a bitter taste. Quinine was first extracted from the bark of cinchona, a tree native to South America. Was isolated and named in 1820 by French researchers Pierre Joseph Pelletier and Joseph Caventou. Its name derives from the Quechua (Native American language) describing the bark of the cinchona tree: quina-quina, meaning bark bark or holly bark. The large scale use of quinine as a prophylactic has its origin in 1850, although its use in Europe dates basck to the seventeenth century. Cinchona bark which contains quinine, was known for its healing properties by Native Americans, but did not joined the European cultural heritage until its antimalarial properties were discovered. Chinchona Bark is still the only practical source of quinine. However, in times of war, efforts were intensified to achieve its total synthesis. The American Chemist R.B. Woodward and W.E. Doergin got it synthesized in 1944. Since then, there have been other total syntheses more effective, but none of them can compete economically with the techniques of isolation and purification of the from natural sources 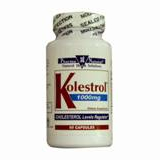 Cholesterol-lowering drugs are the highest sales in the pharmaceutical industry, with 40 million prescriptions in this category. Kolestrol Â® is a natural supplement combining soluble fiber plants to create a product that has shown to maintain healthy cholesterol levels, correct levels of blood sugar and blood pressure. 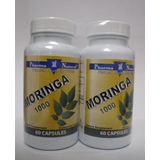 Earth that can make a claim like this. Moringa Oleifera is a complete health product that will not only provide you with the vitamins you need, but also improve your overall health as well. Moringa Oleifera also has other touted benefits such as: â€¢ lower blood pressure â€¢ improved mood â€¢ improved digestion â€¢ improved immune system function â€¢ protects the stomach lining â€¢ treats stomach ulcers â€¢ boosts energy levels â€¢ Plus MANY MORE! First, Moringa Oleifera supplies the body with a tremendous amount of energy. This allows you to work harder at the gym, at work, or at home, so youâ€™ll burn more calories throughout the entire day. Plus Moringa Oleifera allows you to be more productive so you do not have to work so hard catching up with your busy life. Second, Moringa Oleifera helps naturally reduce your caloric intake by suppressing your appetite. When our body needs nutrients, our brain sends signals to our stomach to alert us we are hungry. However, if we eat the wrong foods, our body still craves nutrients and we continue to eat, and eat, and eat. In reality, if we just consumed the nutrients our body wants, we wouldn't overeat. Moringa packs a whopping number of vitamins and minerals so that your body gets the nutrients it needs and your waist line wonâ€™t suffer as a result. 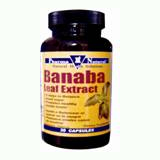 Banaba is a medicinal plant that grows in India, Southeast Asia and the Philippines. Traditional applications include tea brewing of the leaves as a treatment for diabetes and hyperglycemia (high blood sugar). (Low blood sugar) the hypoglycemic effect of extract of Banaba leaf is similar to that of insulin - which induces glucose transport from the blood into body cells. 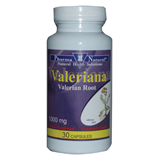 Valerian has been used for thousands of years. It was used as a remedy for a variety of conditions such as sleep problems, digestive problems, nervousness, tremors, tension headaches and heart palpitations. Your ability to help relax the nervous system, giving symptoms of calm, decrease levels of anxiety and stress 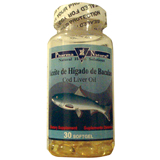 As it is implied, it is extracted from the liver of the Cod. It is presented as an easy to swallow soft gel pill easily absorved by the body.This supplement is of great benefit for kids, teens and pre-teens. 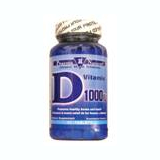 Vitamin D is fat soluble and is required for absorption and utilization of calcium and phosphorus by the intestinal tract. It is especially important for normal growth and development of bones and teeth in children. Protects against muscle weakness and is involved in regulating the heartbeat. It also helps in the prevention and treatment of osteoporosis, enhances immunity and is necessary for the proper functioning of the thyroid and blood clotting. Do not take vitamin D without calcium. Its lack produces bone disorders, dental disorders and metabolic disorders. This can be seen as rickets, and tetany (with symptoms of muscle cramps, seizures, low blood calcium). Its excess leads to weakness, fatigue, headache and nausea, similar to those of an excessive presence of calcium.