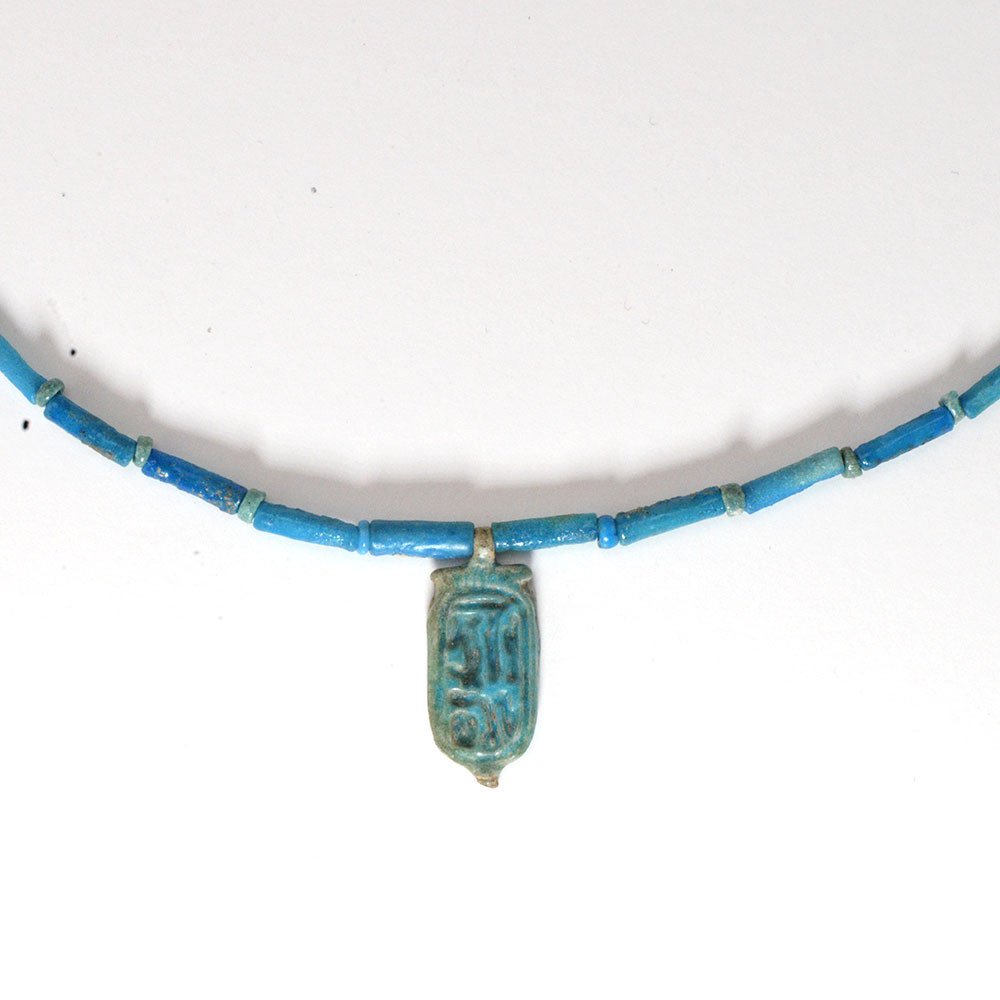 This rare bluegreen faience cartouche pendant carries the raised inscription Seti Merenptah ie: " Seti, beloved of Ptah" the nomen (birth name) for Seti I. Originally part of a broad collar, it is now strung on a necklace of blue cylindrical and spherical faience beads.

Seti I was the father of perhaps Egypt's greatest rulers, Ramesses II, and was in his own right also a great leader. His birth name is Seti Mery-en-ptah, meaning 'He of the god Seth, beloved of Ptah.To the Greeks, he was Sethos I, and his throne name was Men-maat-re, meaning 'Eternal is the Justice of Re'.He ruled Egypt for 13 years (though some Egyptologists differ on this matter, giving him a reign of between 15 and 20 years) from 1291 through 1278 BC. In order to rectify the instability under the Amarna kings, he early on set a policy of major building at home and a committed foreign policy.