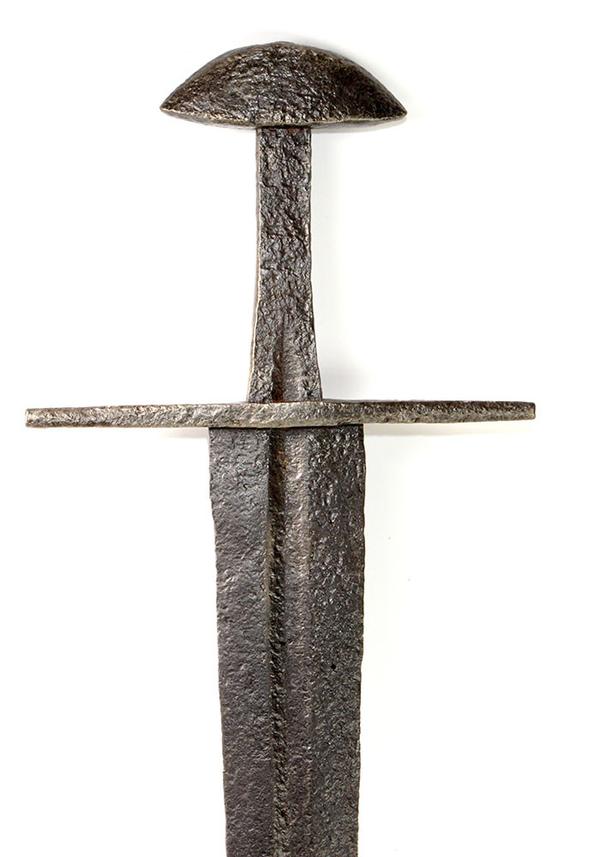 A classic sword from the Age of Chivalry, oft mentioned in poems, monuments and chronicle as “ Swerdes of Were”, “ Grans Espees d Allemagne”, and “ Schlacht Schwerte”, that always indicated large size and specific purpose. Capable of being wielded in either both hands or one, this rare and exciting weapon was constructed from early steel and reserved for the field of battle. Hand forged, this superb fighting weapon has a flat, broad blade with shallow fuller down both sides terminating above the point. Fullers make the blade stronger and lighter for the knight to carry and was an effective weapon against mail armor. A strong blow from this sword would easily cut chainmail, while the sharp point was effective for stabbing. Due to the slightly longer blade with narrower fuller, this blade is classified as a sub-type Xa (Oakeshott) evolving from earlier Viking models, which in turn were influenced by the Roman-era Celtic swords. They were popularly depicted in illuminated manuscripts, especially during the Frankish Ottonian Period (919–1024).