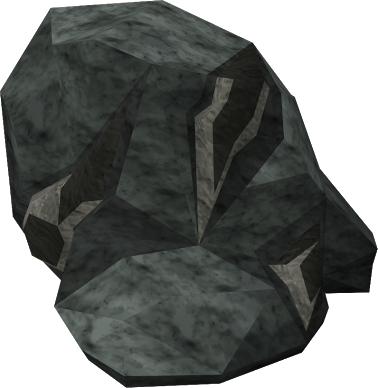 Coal is a flammable black hard rock used as a solid fossil fuel. It is mainly made up of 65-95% carbon and also contains hydrogen, sulphur, oxygen and nitrogen. It is a sedimentary rock formed from peat, by the pressure of rocks laid down later on top.