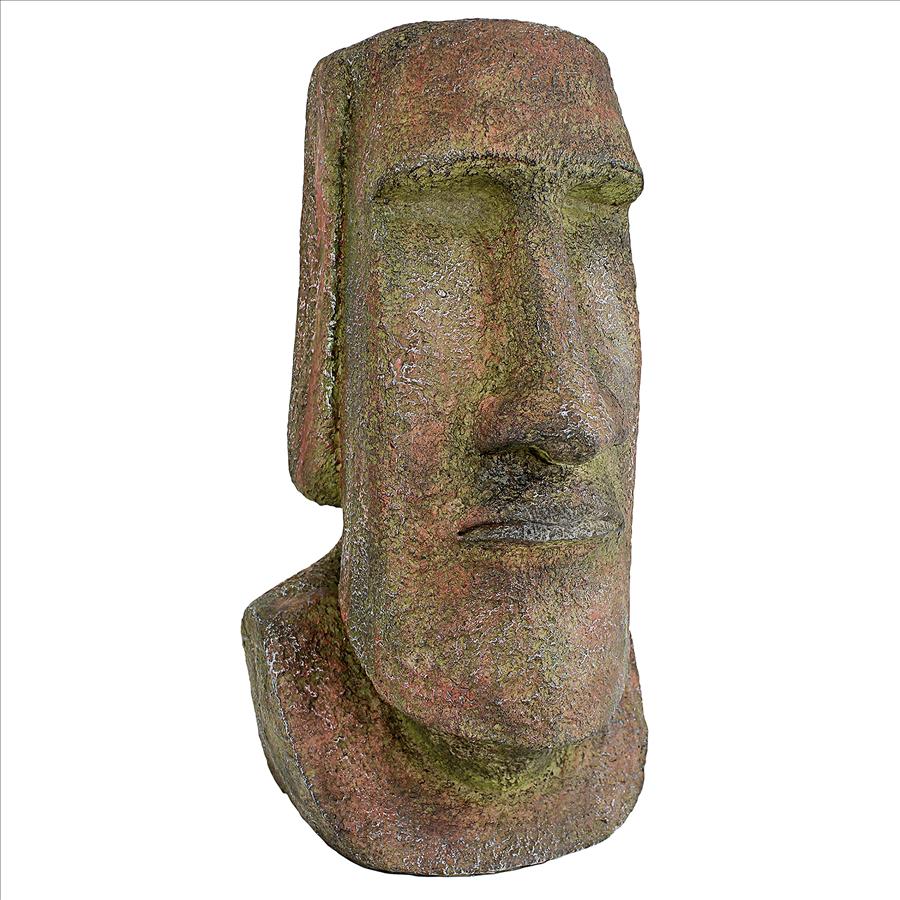 Astound and impress guests at your next Polynesian luau with our exclusive, heavyweight King Moai, inspired by the 380 A.D. Easter Island originals. Said to represent gods, ancestors, or powerful kings, our Toscano-exclusive replica features the broad nose, strong chin and rectangular ears of its ancient cousins. Our South Seas statement piece is cast in quality designer resin with a rough, chiseled faux stone finish. 8½”Wx8″Dx16½”H. 7 lbs. 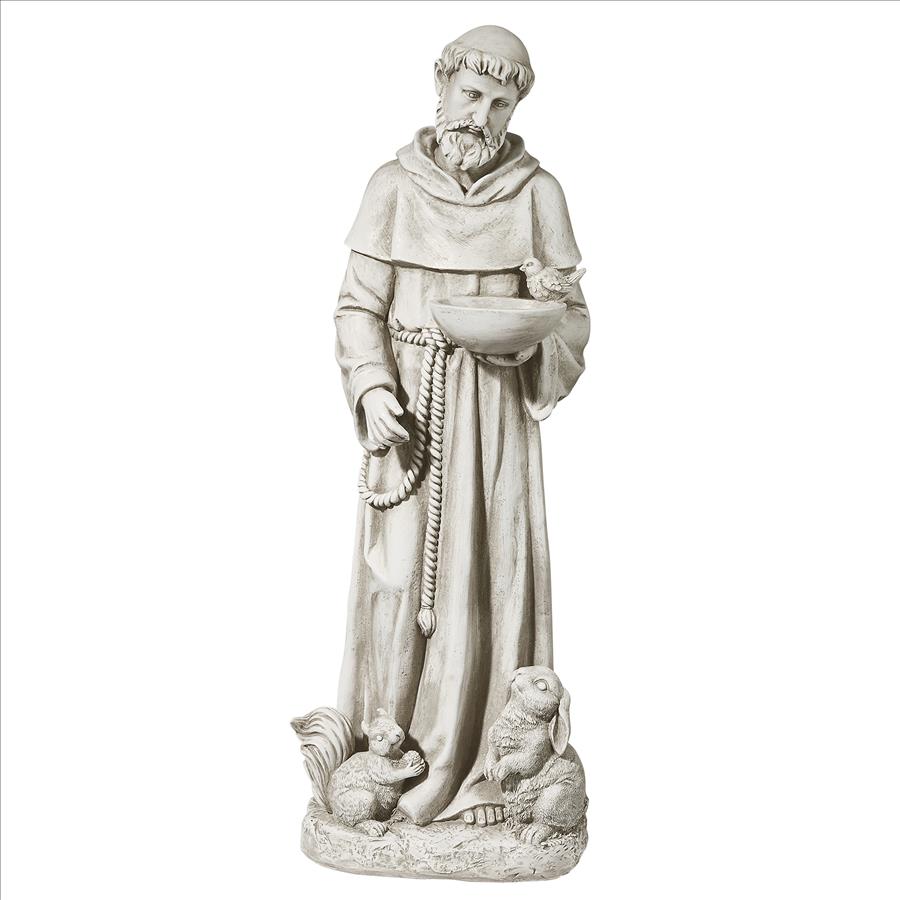 Cultivate your spiritual garden with the patron saint of nature with birds, squirrels, and other friends of the forest scampering playfully at his feet, St. Francis lends peaceful serenity to your home or garden sanctuary. At more than two feet tall, our classic, Toscano-exclusive sculpture is fraught with quality designer resin details, from the folds of his clothes to the benevolent expression of one at peace with his Maker’s creatures. 10″Wx8½”Dx28″H. 10 lbs. 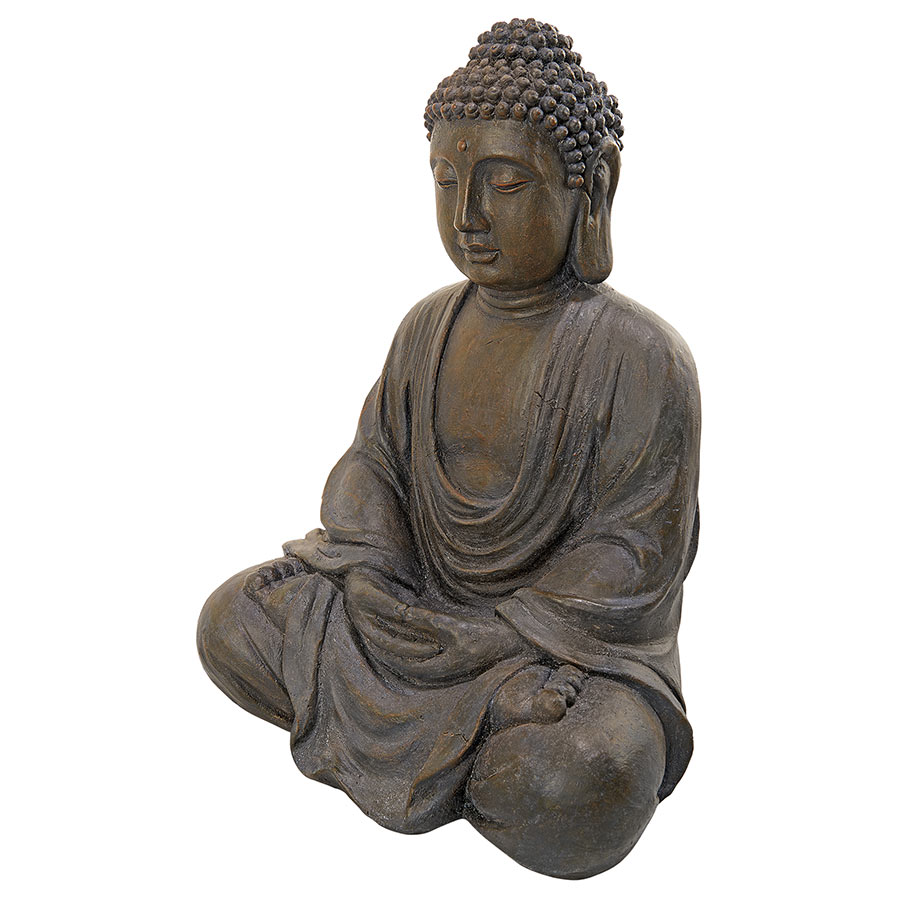 Sculpted with the tranquil majesty of those in ancient monasteries, this three-dimensional work of decorative Asian art creates a meditative place for home or garden. Our Design Toscano-exclusive quality designer resin Asian statue with faux stone finish captures the peaceful Oriental Buddhist nature and lends its quiet countenance to home or garden sanctuary. Another breathtaking Asian garden statue from Toscano! 20″Wx15″Dx26″H. 19 lbs. 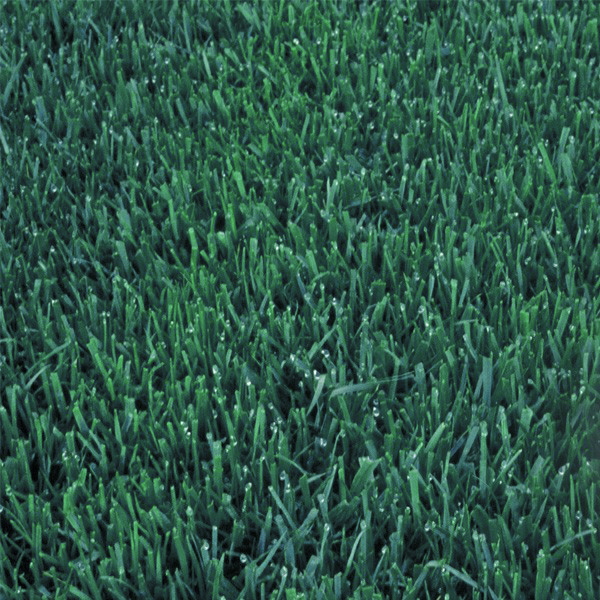 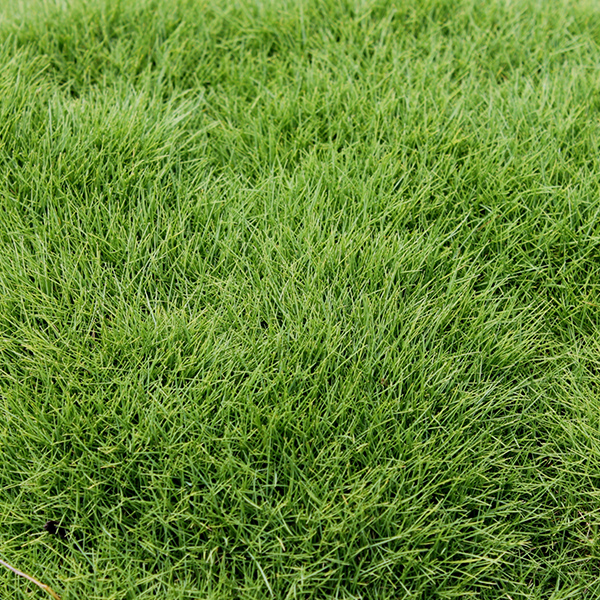 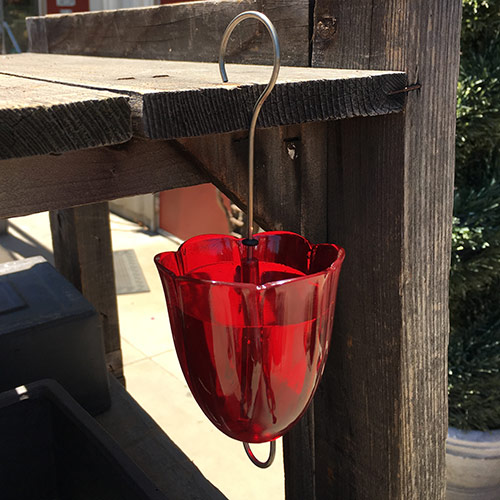 Tired of ants getting into your hummingbird feeders? Try our beautiful red ant moats! A natural way to stop ants in their tracks before they get into your feeder and nectar. 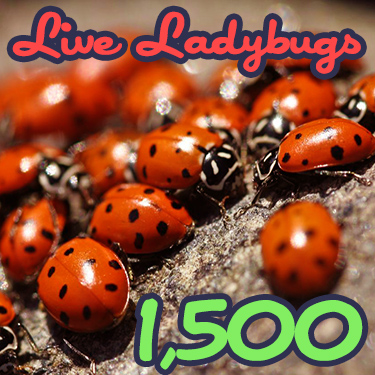 Ladybugs are a breed of Convergent Beetle named Hippodamia Convergens, that are general predators that feed on Aphids and a variety of slow-moving, soft bodied garden pests. Ladybugs can be identified by their red domed shell with black spots. These beneficial insects are a must-have for organic gardening or farming. A ladybug will eat insects during both the adult and larval stages, so you can receive ladybugs as adults and continue to have live ladybugs eating during other parts of their life cycle. You can now buy live ladybugs online from Green Thumb Nursery! Read more about how ladybugs are beneficial in the garden below. The process of hatching from the eggs to becoming adult ladybugs will take roughly 3 – 4 weeks in summer, and 6 weeks in spring. When released, our live adult ladybugs should mate and lay eggs within 8-10 days of being released .The eggs will hatch into larvae within 5 days. The newly hatched larvae will feed on Aphids for up to three weeks, and then they will enter the pupae stage. The adult ladybug emerges about a week later. However, they usually don’t have their black spots for their first 24 hrs. of their adult hood. So, if your catch one with out spots, you may have found a brand new adult. There may be as many as six generations of ladybugs hatching in a year. Temperature and food availability will determine the timing of each stage and reproduction. One female can lay up to 1, 500 eggs over their 100 – day lifetime. 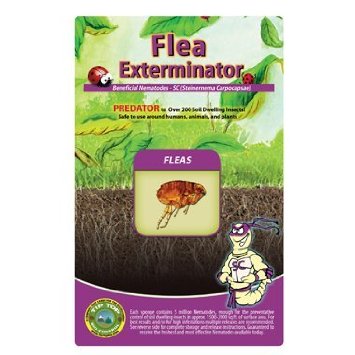 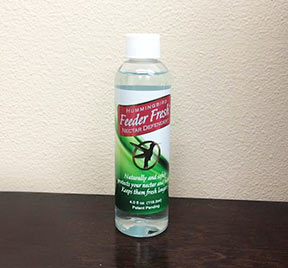 This item contains: (1) 4 fl oz bottle of Hummingbird Nectar Protectant Hummingbird Nectar Defender naturally and safely protects your nectar and feeder. This helps keep your nectar fresh longer. This product contains no artificial preservatives or dyes, just a mineral micro-nutrient that keeps nectar fresh much longer. The mineral micro-nutrient is part of a hummingbird’s natural diet. Start with fresh nectar Add 1 tsp. per 1 13 cup of nectar Stir and pour into clean feeder Store extra nectar in refrigerator Nectar will last much longer using Nectar Defender, but change and thoroughly clean feeder if nectar begins to become cloudy or spotted. Ingredients: Water, Micro-nutrient copper sulfate No additional shipping charge when combined with a purchase of a feeder. Reduced shipping cost if you would like to order more than one nectar defender bottle. 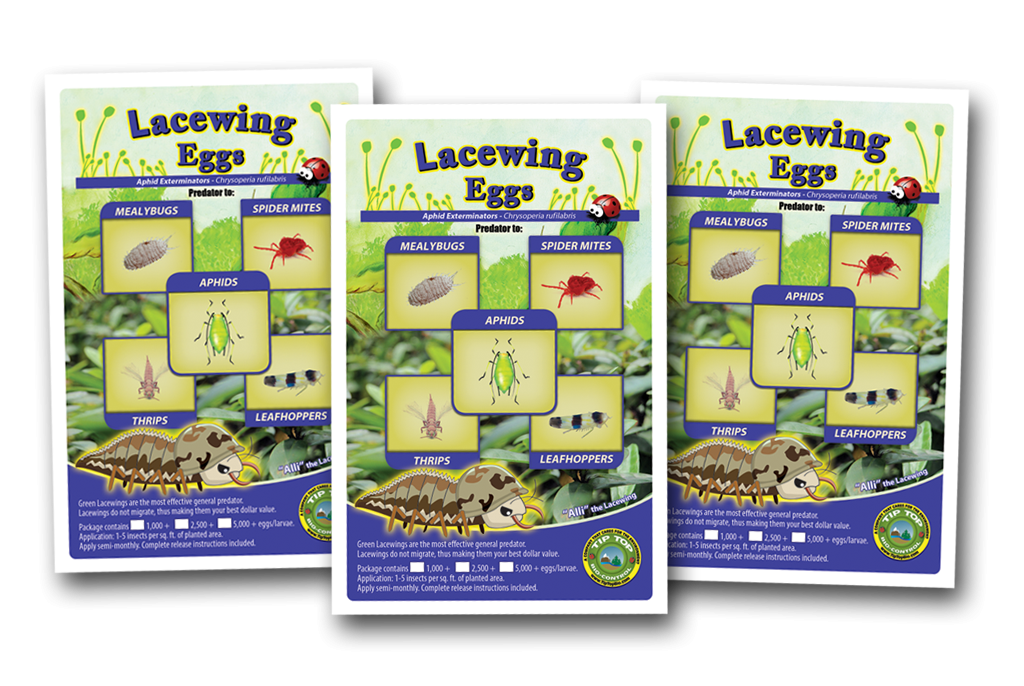 The common green lacewing is widely used in various situations to control many different pests.Many species of adult lacewings do not kill pest insects, they actually subsist on foods such as nectar, pollen and honeydew. The adult lacewing lays her eggs on foliage. Each egg is attached to the top of a hair-like filament. After a few days the eggs hatch and a tiny predatory larva emerges ready to eat the pests.Lacewing larvae are also known as “aphid lions”. They are tiny upon emerging from the egg, but grow to 38 of an inch long. Lacewing larvae voraciously attack their prey by seizing them with large, sucking jaws and inject a paralyzing venom. The hollow jaws then draw out the body fluids of the pest. In general, they attack the eggs and the immature stages of most soft-bodied pests such as: aphids, thrips, spider mites, sweet potato & greenhouse whitefly, mealybugs, leafhoppers, and the eggs and caterpillars of most pest moths. Of all available commercial predators, this lacewing is the most voracious and has the greatest versatility for pests of field crops, orchards, and greenhouses. 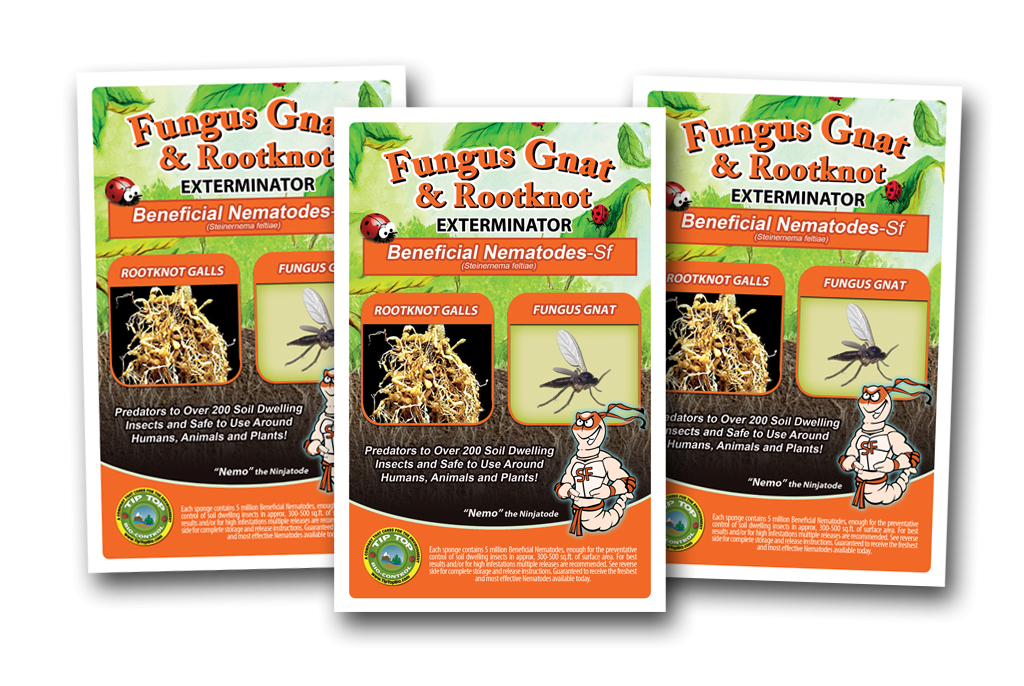